The Centre builds on the objects, models and photographs of the former Devonport Maritime Museum, giving context to the collection. The context of course is Bass Strait, and Devonport’s connection to this notorious stretch of water.

With a more accessible entrance to the new gallery spaces the building has been designed to tell the stories of Bass Strait and Devonport. The former Harbour Master’s House, connected by a linkway has been entirely renovated with 6 new exhibition areas.

Originally, the Tasmanian Maritime and Folk Museum was housed at 26 Esplanade, East Devonport, opposite the ferry terminal.  The site proved itself to be unsuitable and in 1980 the old Harbour Master’s House in Gloucester Avenue became available.

Built in the 1920s as a permanent residence for the Harbour Master, the house was a double brick ‘villa’ built on ‘a slight rise in a park about 200 metres from the shoreline and at the entrance to the Mersey River’.  As Devonport developed, this became 6 Gloucester Avenue. A major renovation of the Museum was undertaken in 1996/97 and the Devonport Council’s engineer’s residence next to the Museum was acquired to house historical records and materials.

In 2012 the Devonport City Council, with funding assistance from the Australian and Tasmanian Governments, commissioned the development of a further addition and refurbishment of the original Harbour Master’s house to become the Bass Strait Maritime Centre. Representatives of all three governments officially opened the Centre, Friday, April 5, 2013. 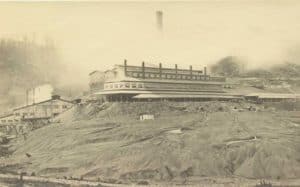 The Mount Lyell Disaster of 1912 On the 12th of October 1912, a fire broke out in North Mount Lyell mine. One hundred and seventy 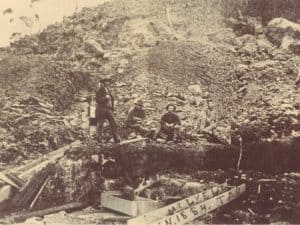 Mining on the West Coast 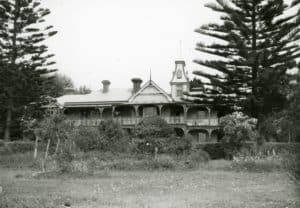 William Aikenhead was born in Launceston in 1842.  As a young man he worked for an insurance company, before joining the Examiner newspaper where his