THE STORY OF BASS STRAIT NOW IN ONE PLACE

Separating Tasmania from mainland Australia, Bass Strait is notorious for its ‘boisterous weather’. Shallow, and exposed to the fury of the southern trade winds, its waves are steep and the currents unpredictable.

Similar to the North-West Passage in the Northern Hemisphere, Bass Strait was of enormous interest to the British in the late 1700s looking for a quicker route to their colonies. When it was finally proved to exist, it caused an international stir. The discovery also began a maritime carnage few places in the world have seen. Over the 1800s, around 1500 ships came to grief making their way between the ‘eye of the needle’ ( the gap between King Island and Cape Otway ) in the west, or the across the ‘edge of the shelf’ (the continental shelf where the Strait meets the Tasman Ocean) at the eastern end.

The story of Devonport is an important part of the story of Bass Strait. From the 1850s, Devonport has been a major port providing connection between the island and mainland Australia and the Strait has always presented challenges to those steering a course through or across the waters.

Even today, with modern navigation and safety aids, the Strait is no place for the unwary: in 1995 the Iron Barron ran aground on the Hebe Reef outside the mouth of the Tamar River causing environmental damage; a cyclone type event in Bass Strait during the 1998 Sydney to Hobart Yacht Race resulted in the loss of 6 lives and 5 boats.

For Tasmania, Bass Strait is a double-edged sword.  It isolates the island, making it relatively more expensive to travel here, but it also insulates the island creating a barrier for a clean and healthy environment.

Come visit us at Devonport’s Maritime and Local History Museum. 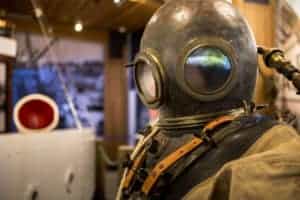 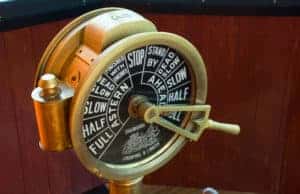 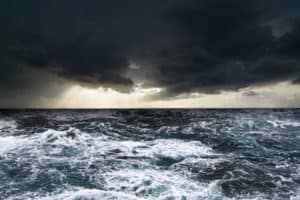 For most of us today, Bass Strait is merely an inconvenience to be crossed as quickly as possible, usually in an aeroplane in less than an hour.

For those who choose to sail into it however, Bass Strait is a stretch of water that can test mind, body, and spirit as George Bass discovered in late 1797.