With a keel of 31 meters in length, the Orion was the largest wooden steamship built in Tasmania. Miss Amelia Holyman broke a bottle on her bows and christened her “Orion” on the 20th June 1900. Unfortunately, the ship refused to move down the slipway and it wasn’t until five days later when hard grease on the skids was replaced with soft soap that she finally entered the water. After she was fitted out Captain William Holyman Junior went aboard as Master.  A year later Captain Arthur Lloyd became Master. 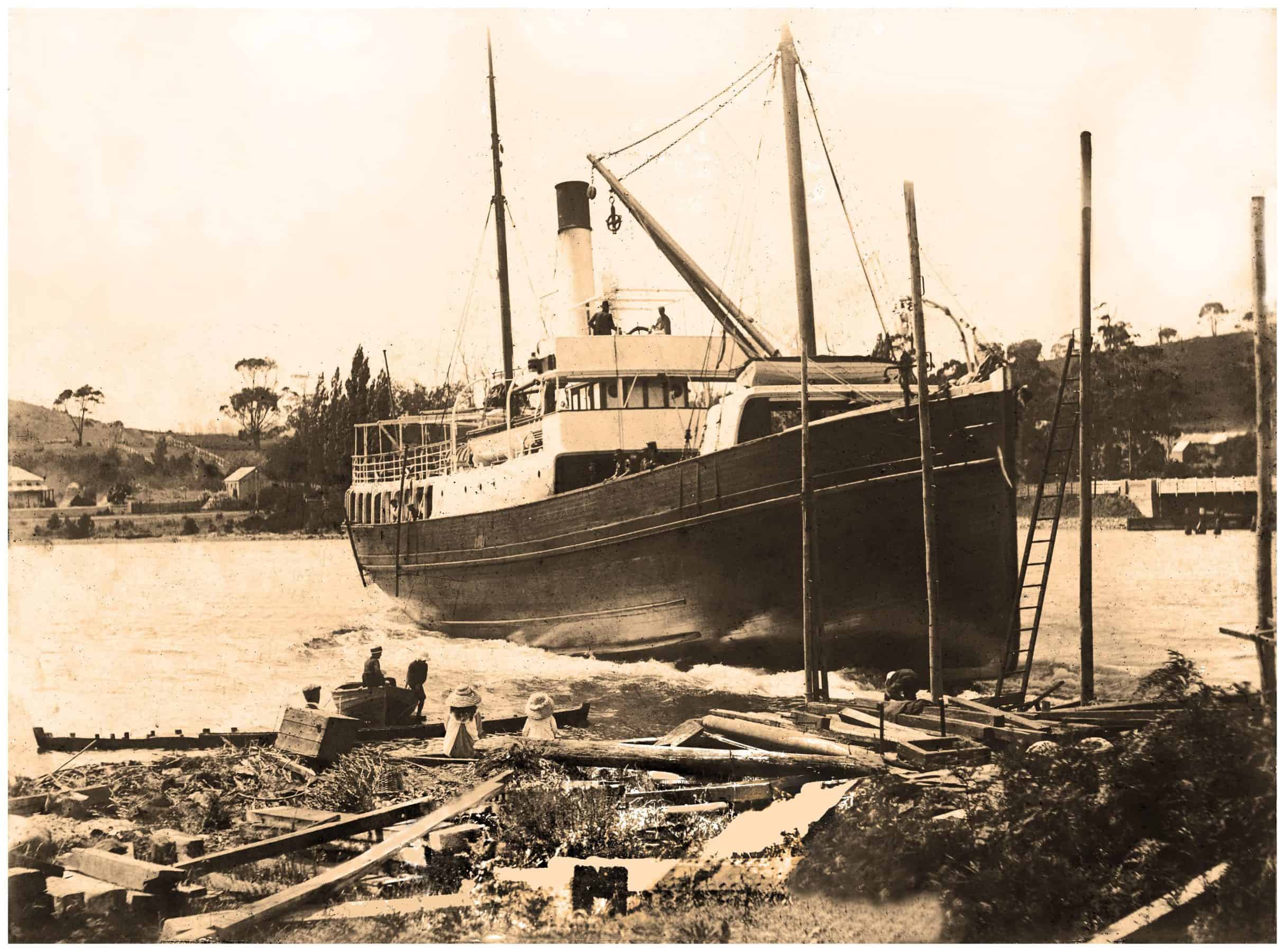 The Orion sailed along the Tasmanian coast between the North West and West coasts and across Bass Strait to Melbourne. At 7pm on the 6th of May 1908, having loaded around 183 tons of cargo at Devonport, Burnie and Stanley she set sail for Melbourne under the command of Captain Lloyd.  On board were fifteen passengers, mainly women and children, and twelve crew members. She was never seen again

That night a heavy gale came up and continued for 48 hours.  When the Orion had not arrived at Melbourne by the 11th fears were held for her safety, but it was hoped she had just had a mechanical breakdown and would be found.  The tug Wybia was sent to search around King Island in case she had sought shelter there and the steamer Lady Loch was sent out from Victoria to search along the coast. Parts of the vessel were found near Flinders Island and one of her boarding ladders was found near Low Head.

On the 20th of May the ketch Helen Moore arrived at Launceston carrying wreckage she had found near Long Island, including four lifebuoys and an alley-way door that were from the Orion. This wreckage was more than 100 miles east of the Orion’s intended course, and over the next two months more wreckage was found all around the nearby islands, including one of her lifeboats near Flinders Island.

A Court of Marine Enquiry was held at Stanley on the 16th-17th June at which evidence was presented that the Orion was overloaded, and also poorly loaded with at least twenty and possibly as much as forty-two tons on deck. While loaded like this she was heading into bad weather and was known to perform badly under these types of  conditions. The Court concluded that the Orion had capsized close to her designated course, and issued a strong condemnation of the practice of over-loading cargo.

There was, however, another possibility. Evidence was given of three rockets at one minute intervals being seen at around 9pm on the 7th of May. These rockets would have been close to the reefs west of Long Island. The Court decided a disabled vessel could not have covered the necessary 130 to 140 miles from her proper course to bring her to this point within 24 hours, and this interpretation of the evidence was rejected by the Court.