Today we have a blog post from one of our volunteer researchers, Judy Buckley. Judy has looked into the original site history relating to the Medical Centre and Maternity Hospital that was on Steele Street, Devonport. The site began life as a residence, became a ‘Home for Invalids’, Chinese Market Gardens, Hostel for Girls, and Maternity Hospital. This story has been compiled from information held in the archives at the Bass Strait Maritime Centre and newspaper articles. Photographs and further information would be greatly appreciated to add to the files at the Bass Strait Maritime Centre. Please get in touch if you can help.

William Henry, of the Don Trading Company, engaged J. & T. Gunn to build his house. Building began in May 1896. William had married Constance Roberts in 1895 and the new house would have been quite impressive for the newly-weds.

“A new villa residence is being completed in Steele Street for Mr. W. Henry, and is about the most compact building of the kind at West Devonport. Erected on a rising knoll, it has a commanding view of the town and the picturesque scenery of the river and coast line, the villa comprises fourteen rooms, with a verandah running on three sides. Some of the rooms are of a good size, the drawing and dining rooms especially being spacious. The residence is built of weatherboard, the interior of the rooms being plastered, and set off with neat ornamental work centre-flowers, etc. There is a massive carved blackwood mantel in the drawing room, the workmanship being splendid. The bathroom is most elaborately fitted up, the bath having been awarded first honors at the Launceston Exhibition. It is supplied with hot and cold water, douche, spray, shower, and plunge. There are extensive out-buildings, including wash-house, coach-house, stables, etc. The villa is built on an allotment of 8 acres, most of which has been laid out as an orchard. The contractors for the building are Messrs. J. & T. Gunn, of Launceston, and the work is being carried out under the supervision of Mr. W. Lewis. It is expected that the villa will be completed within a fortnight.”

The Daily Telegraph of 20th August 1896 reported that;

“Mr. W. Henry has removed into his handsome villa residence on the Don Road, it contains 14 rooms, has a verandah on front and sides with a splendid view of the sea, while stables and other accessories to a gentleman’s residence are provided, also fruit trees planted to lay down an orchard, with a summer house in lattice work, making on the whole a very desirable residence and compact and valuable property.” 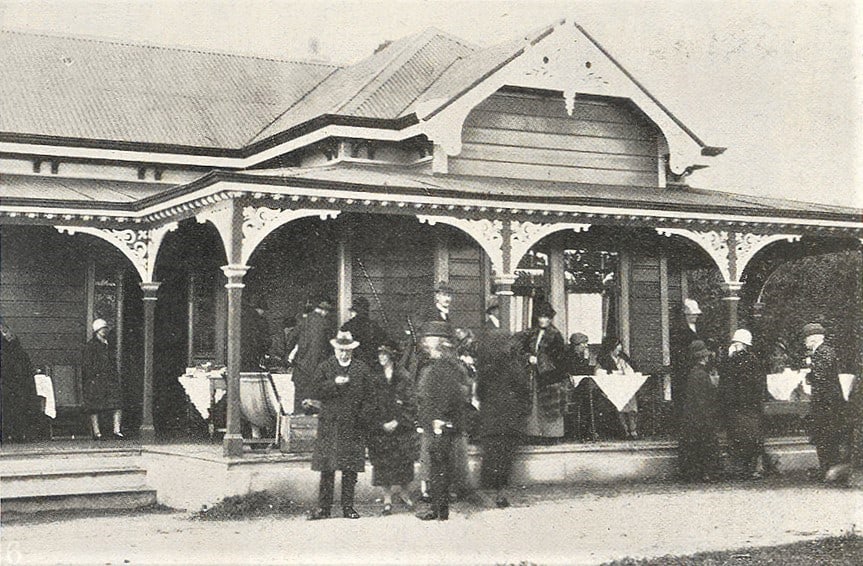 Later in the same year (North West Post 22nd October 1896) Mr. William Henry appealed against a valuation of his property. Mr. Henry stated he had purchased the land two years prior for £100, the area being 2 ¾ acres. Mr. Gunn’s estimate for the house being £683 and out-buildings £170. Mr. Gunn the builder had been paid £700 final adjustments had not been made which did not include the stables. Part of the property had been ploughed, and part in tussocks, part being in orchard. It had been fenced. The stable being built of weatherboards, with four stalls. There was also a separate coach-house. The Court finally considered a fair valuation of the property at £1020.

In 1902, Mrs. A.E. Viney (formerly Nurse Briggs) advertised ‘Lumeah’ as a home for invalids. A news item published in the Advocate 13th February 1904 reported that ‘Lumeah’ on the Don Road, occupied by Mr. Viney and owned by Mr. Henry, had been sold to Dr. Addison of Latrobe, who intended to live there.

By 1906, Mr. William Henry and his wife had removed to Ulverstone to live.

During the mid 1920s the land next to the house, this being the site of the former maternity hospital, was occupied by Chinese market gardeners for some time.

“A largely attended meeting in Devonport discussed the question of a hostel for girls in Devonport. A motion was put forward to the effect that a Girls’ Friendly Society hostel be opened to be principally for the use of High School Girls. After several places being put forward it was decided to secure the Grange on the Don Road. The building stands on the top of the hill overlooking the sea, and a glorious view can be obtained. The grounds are large, the rooms spacious, and there is every facility. Some 20 girls from the country are expected to be coming to the High School this year. A gift afternoon was held where donations of furniture etc. were received.”

Dr. Addison agreed to lease the building for 12 months with an option of two further years if required. The rent for the first year was to be £3 per week.

The hostel was officially opened on 1st May 1926 with eight boarders. Various fundraising activities were held each year to support the hostel, however by January 1930, through lack of support the Devonport Girls Hostel was forced to close its doors. It had been operated by a group of philanthropic women on a voluntary management basis.

But in February 1930 the hostel was re-opened under the guidance of the High School. It was a struggle to maintain boarders who seemed to prefer to reside in private homes. Hostels were still being agitated for as late as 1943.

While the property was owned by Dr. Addison and after the permanent closure of the Girls Hostel there were various occupiers.

The property was purchased from Dr. Addison by the Government for the Medical Centre and Hospital.

The house was sold for £30, a far cry from its value in 1896, and was removed to Turners Beach where the materials were mostly used in the construction of the Turners Beach Youth Camp.

“The selection of the Grange property in Upper Steele Street as the site of the proposed public hospital has given general satisfaction. Being within easy reach of the town, on rising ground, no drainage problems. Situated commanding a splendid view and would have the benefit of sunshine from sunrise until late afternoon, the added benefit being it is on the main highway.”

The Original house was demolished in the mid-1950s; the Medical Centre was built circa 1957.

The Maternity Hospital was built in the early-1960s and was finally demolished, the last brick being removed in January 2018.

The origins of the names “Lumeah” and “Grange” for the house have not been found.

Photographs and further information would be greatly appreciated to add to the files at the Bass Strait Maritime Centre. Please get in touch if you can help.