THE LAST OF ITS KIND

The Julie Burgess is the last of the nearly 150 ketches built or operated by five generations of the Burgess family.  It was built in Ned Jack’s yard in Launceston in 1936 for Harry Burgess who named the vessel after his wife Julie.

The Burgess family’s connection to Bass Strait began in the 1840s.  Although centred on the northern coast of Tasmania, the family operated vessels to Sydney, Melbourne, Port Adelaide, most Tasmanian ports and even ventures to the further reaches of New Zealand, California and Mauritius.  Their interests extended to all aspects of the maritime industry – shipbuilding, trading and yachting.

The Julie Burgess was a fishing vessel, its larger size a response to the economic gains to be made from being able to get fresh seafood quickly into the Melbourne markets. Harry Burgess understood that if he had boats of the right size with deep wells which could carry up to 10 000 live crays at a time he could bring the spoils to Stony Point, load them onto the train and deliver them into the Melbourne markets.

With the exception of World War II war service where she was used as a cable ship in Bass Strait supporting John Johnstone, the diver who walked the sea floor of Bass Strait in 1941 to check for cable repairs, Julie Burgess was a fishing vessel for all her working life.

On Harry Burgess’ death, the vessel passed to his son, Captain (Dick) Burgess as operator. In 1988 it was restored and took park in the nation’s celebrations on Sydney Harbour. She eventually fell into disrepair and the Devonport City Council purchased and restored the vessel that is now a working representation of the maritime heritage of both Devonport and Bass Strait.

In late 2020, the Devonport City Council handed operation of the vessel to Julie Burgess Incorporated, formed by the volunteers who restored and sailed the ship. The ship is moored at Reg Hope Park, East Devonport. Click the link below for more information, sail times and bookings.

A LABOUR OF LOVE AND DEDICATION

Many groups around the world are restoring old vessels for a variety of reasons – display, offering passenger experiences or as a working vessel. Some restoration projects can use the existing and original fabric, some are being modified, some need new materials, some need so much new material that you could ask when does a refurbished boat become an entirely new boat?

There are four broad approaches to restorative work:

Reconstruction – returning the vessel to an earlier state but using significantly new material in fabric.

Adaptation – modifying to meet a new use such as improved safety.

The approach in restoring the Julie Burgess has been reconstruction and adaptation.

Like many ship renovators and repairers Joshua Slocum, the first around-the-world solo sailor (1897 – 1900) considered this issue when he was rebuilding his craft the Spray. In his famous book Sailing Alone Around the World he puts it this way:

“Now it is a law in Lloyd’s that the ‘Jane’ repaired all out of the old until she is entirely new is still the ‘Jane’. The ‘Spray’ changed her being so gradually that it was hard to say at what point the old died or the new took birth”… 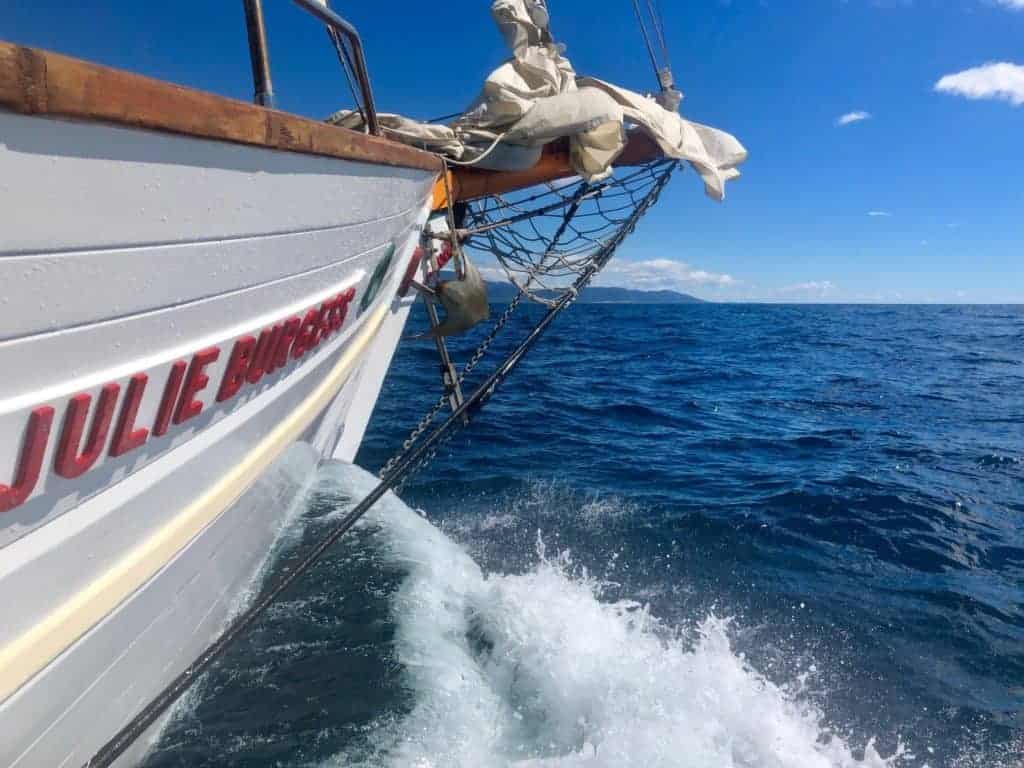 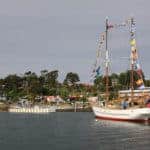 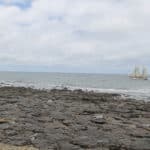 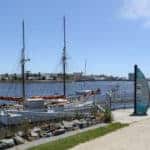 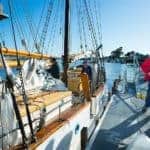